Q: Turbulence triggers my flight anxiety, do I have reason to be scared?

A: Turbulence is by far the number one thing that causes flight anxiety. However asides from the rarest circumstances, turbulence is not dangerous. It's just a normal part of flying. Severe turbulence that could cause structural damage to a plane is so rare it is pretty much unheard of. The main danger of turbulence is when crew and passengers are injured due to not having their seatbelts fastened.

Q: Is it safe to fly during a storm? What happens if the plane gets hit by lightning?

A: If the thought of lightning striking your plane gives you flight anxiety, rest assured. Using onboard radar, along with help from air traffic control and other flights aloft, pilots avoid thunderstorms the way ships avoid icebergs. Still, lightning strikes happen on occasion, and airplanes are designed accordingly. The energy does not travel through the cabin electrocuting the passengers. Instead, it is discharged overboard, partly through discharge wicks along the trailing edges of the wings and tail. Nine times out of ten, there is little or no evidence that the strike even occurred.

Q: I'm worried about flying on older planes, is my flight anxiety justified?

A: Statistically there is little correlation between plane mileage and airline accidents. Commercial planes are engineered to last pretty much indefinitely. Typically, a plane can continue to fly for thirty years or even more. This is one of the primary reasons that commercial planes are so expensive. Also, as a plane ages, the stricter the inspection criteria increasingly gets for it. The regulations look at factors such as metal fatigue, corrosion, and wiring. While record keeping procedures look at the aircraft's age, flight hours, and the total number of takeoffs and landings. Apart from that because of rigorous maintenance of aircraft, a typical American commercial aircraft will be completely rebuilt every 4 or 5 years through repairs and maintenance.

Q: What happens if the engine or brakes fail?

A: All commercial jets are certified to fly with a failed engine. Which means if an airplane has two engines, if one failed, it could fly with just one. Also, aircraft are based upon redundancy. Each aircraft has 2, 3, or even 4 of anything required for normal operation. So if the engine or brakes stop working, the plane will automatically switch to a secondary operating system. And if the secondary system doesn't bring back normal operation then the pilot will switch to a backup system. If the backup system doesn't work, then the pilots will switch to the emergency system. So in total, there are 4 systems to ensure the safety of passengers.

Q: What are the chances of my plane being hijacked/ experiencing a terrorist attack?

A: Many passengers have flight anxiety related to terrorism. However, air travel Security has never been stricter. Immediately after the 9/11 attacks, the Transportation Security Administration (TSA) was formed as part of the Department of Homeland Security to prevent attacks on airports or planes. And commercial airline airports have since doubled and tripled their security.

All luggage for US domestic and international flights are x-rayed and the majority of international airports also do a full search of your luggage. Not to mention that almost every airport in America is equipped with the latest CAT (x-ray) scanner and sophisticated image processing software to automatically screen checked baggage for explosives.
If an x-rayed item appears suspicious, the airport security attendant will then wipe the item with a cloth and place the cloth on a chemical sniffer device. The sniffer analyzes the cloth for any trace of chemical residue connected to bombs.

Also, following 9/11, airline pilots on board the plane are locked into the cockpit and cannot open the door for anyone.

Q: Can my plane crash into another plane?

A: Yes. Before an airline hires a pilot, the pilot has to undergo rigorous psychological tests to prove he/she does not have any mental health concerns. Airlines will also interview a potential candidate by asking screening questions to make sure that he or she is a conservative person that takes little or no risks in life.

Q: What happens if the pilot experiences a medical emergency during my flight?

A: In the event that the pilot was unable to operate the aircraft due to a medical situation, the co-pilot would take over in flying the plane. Pilots are required to undergo a medical evaluation every 6-12 months depending on their age. All pilots must have a medical certificate provided by a certified FAA medical examiner in order to fly a commercial jet. Their medical certificate needs to be renewed each year if the pilot is under the age of 40 or every six months if the pilot is 40 years or older.

Q: How likely is a plane to crash?

A: If you have flight anxiety, then this should reassure you: The past decade has actually been the safest in commercial aviation history.

For a point of comparison, go back and take a look into history. In 1985 worldwide, 27 major aviation accidents killed almost 2,500 people. That included two of history's ten deadliest disasters happening within two months of each other! The 60s, 70s, and the 80s were an era filled with horrific crashes, bombings, airport attacks.

However, thankfully large-scale disasters have become a lot less frequent. If it seems like more planes are crashing, that perception is largely the result of the media. The fixation with even small mishaps is compounded by the influence of social media. 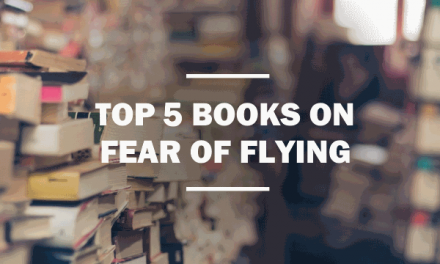 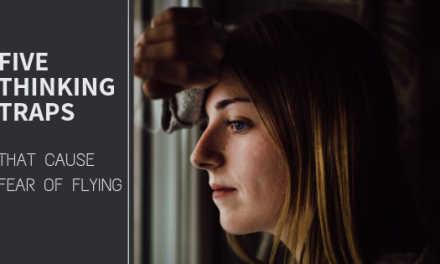 What are the Odds of Dying in a Plane Crash?

An ex-fearful flyer turned flight attendant. I now help others to overcome their fear of flying...
--- Read more ---